The Autumn Cup final round was played in wild windy conditions on 29 May. Not many players improved on their previous best six scores and very few players broke their handicaps. The course rated 71 on the day and balls went down to 31pts.

In A Grade it was Matt Anthony with 215pts who took the Cup finishing ahead of Colin McCracken & Dennis Stillaway who also had 215pts. Kevin Condren took out B Grade with 215pts finishing ahead of Denis Holland & George Williams on 213. C Grade honours went to John Malone on 217pts just ahead of Michael Gage on 216pts and Keith de Cressac on 212pts.  Best score and biggest winner was Wayne Hayward in D grade who had 227pts to finish ahead of Andrew Friend on 220pts and Jeff Gilholme on 218pts.

The Winter Cup commences next Wednesday on 5 June.  Here is a picture of Matt Anthony collecting his prize from Club Captain David Cornwall. 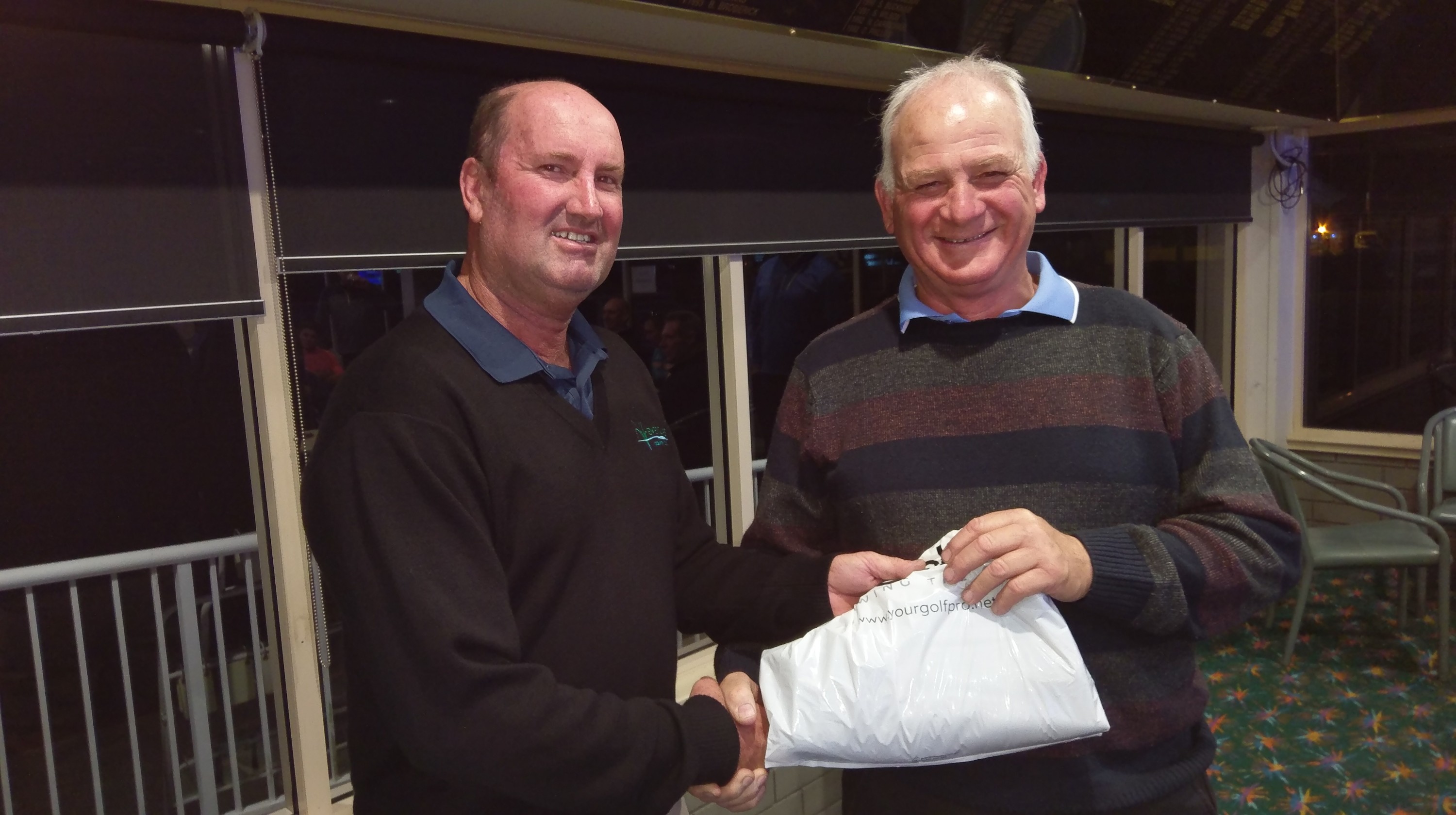 In the daily comp it was more from the same family when Kirt Anthony(2) celebrated his birthday in style winning A grade with 38pts, the scratch with 36pts and also claiming runner up in the teams event. He also took the money in the afternoon “tenner” comp to have a very profitable day! B Grade was won by Trevor Cheetham(18) with 37pts. C Grade went to Alan Hawes(22) with 41pts, the same score as D Grade winner Neville Doak (28).

Back to previous page

No Responses to Men’s Autumn Cup.